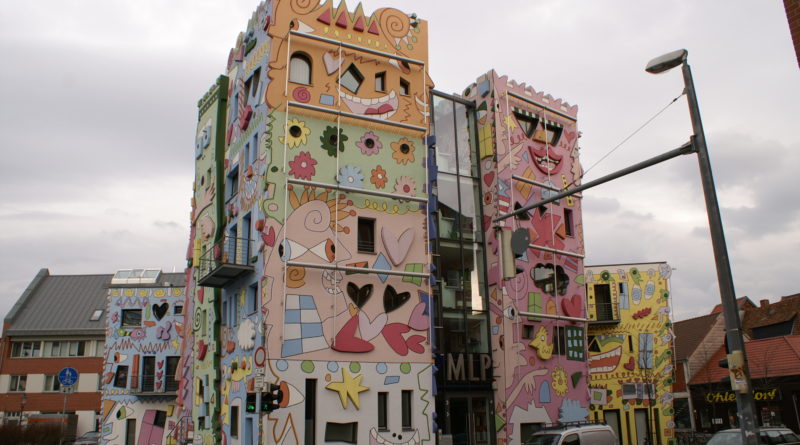 The train ride to Braunschweig meant once more a change of trains at Uelzen, the “Hundertwasser station”. Together with Cologne it may be Germany’s city with the most conveniently placed sightseeing spot.
Braunschweig’s central station is not overly big but it is bigger than the Wolfsburg one. Getting out at the city exit there was a bus and tram stations. Still we went by foot first although we had only a rudimentary map. Later on we decided to take the bus to town hall which costed about 1,90 Euro. The bus stop was not directly situated near the town hall but everything was pretty easy to find. There were a couple of nice old buildings and sculptures. The pictures I took are almost devoid of any human presence although there were a few people roaming the streets.

The highlight of this trip was however not a traditional building but a new one. The Rizzi House is an office building like no other and you may have a hard time explaining that it is really used for something serious. Lots of eyes, mouths and undefinable objects were painted on or put on the walls, giving the surface a real 3d look. Some of the edges were formed like waves and of course every part of the building was painted in a different color.

The edges of the Rizzie house are not always sharp.

We abandoned plans to go to Magdeburg today and opted instead on taking an earlier regional train. After about three hours we arrived back in Hamburg. 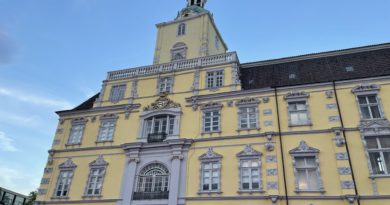 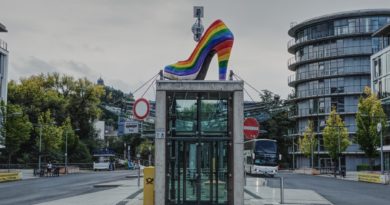 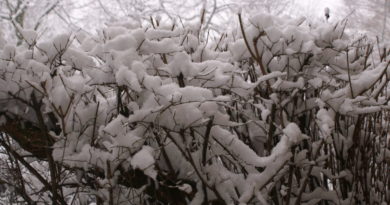