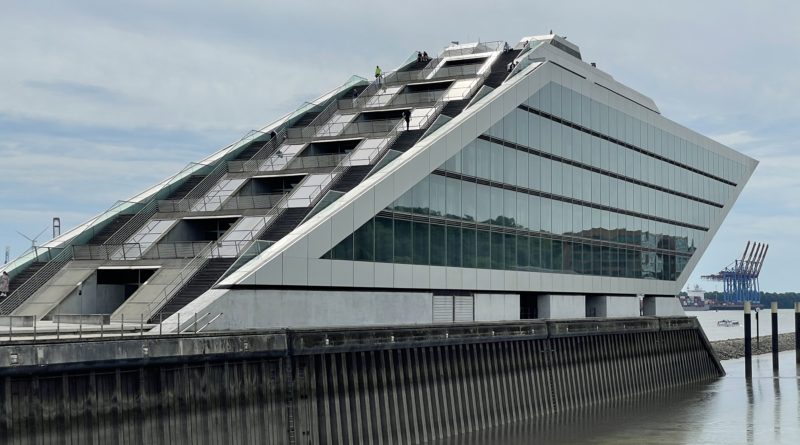 Dockland is a six-story building in the shape of a parallelogram. The top floors are above the river Elbe. The whole building is just 25 meter tall and has 136 stairs on one side leading to the rooftop.

Another remarkable feature are the diagonal elevators, but these are not open to the public. There are also no snack shops or restaurants nearby. Drinking and eating is prohibited anyway on the building.

As an observation deck, Dockland is just ok. There are plenty of places to get a good view of Hamburg harbour. The typical smartphone camera will just see some structures on the other side of the river. The view from Landungsbrücken isn’t that different.

Getting to Dockland is quite easy. Ferry line 62, which is part of Hamburg’s public transport, connects Dockland to Landungsbrücken and operates every 15 minutes. The 9 Euro ticket is valid on the line, too. This was my first time taking the ferry. On weekends and with good weather, it can get very crowded at the Landungsbrücken stop.

If you decide to walk from Landungsbrücken to Dockland, there are a few notable points of interest:

Should this trip be part of every visit to the harbour? I’d say no. The shape of the building is interesting, but the view from the top not spectacular. I regret not combining it with a visit to the fish market, but we arrived too late to see the spectacle that is Hamburg’s fish market.

How to go there
Take ferry 62 from Landungsbrücken to Dockland. 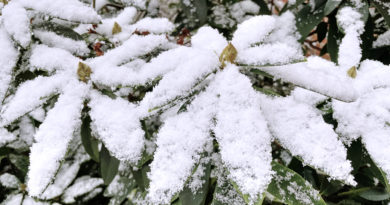 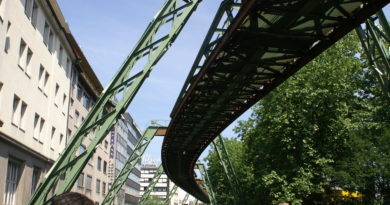 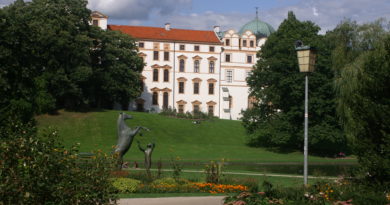