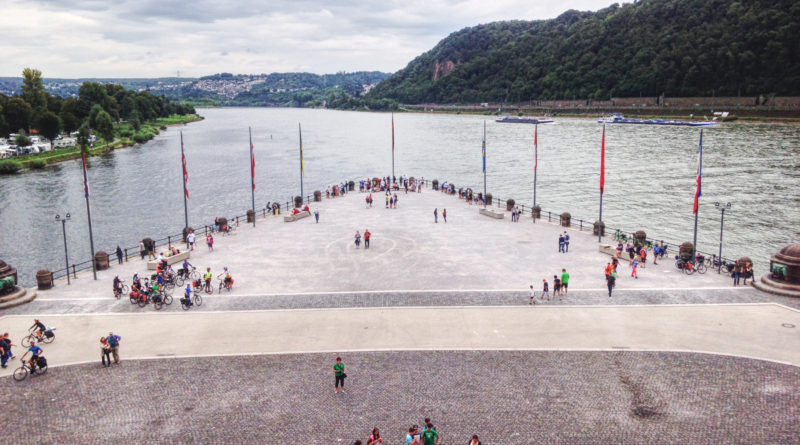 Koblenz is one of the oldest cities of Germany. This is the place where the Rhine meets the Moselle, with a big fortress overlooking the city.

The city is also an important transport hub on the south side of the Rhineland. I changed trains more often at Koblenz than I visited the city. But a few times I went to the city – and not just to have dinner. Koblenz has two notable train stations: Koblenz Hbf (central station), a stop for both regional and intercity trains, and Koblenz Stadtmitte, which is closer to the old town and other major sights. It’s only a 800 meter distance between both stations though.

Of course I was immediately heading towards the Deutsches Eck. This is where the Moselle river joins the Rhine. A monument of William I, the first emperor of the unified German Empire, was built at this place. Today’s statue is actually a replica erected in 1993, the original was destroyed in World War II.

From there, you can just walk to one stop of Koblenz’s cable car. The cable car will carry you to the Ehrenbreitstein Fortress. That’s a 890m ride. While the cable car only operates between April and October, there are exceptions for events such as the Christmas Garden (November-January).

The fortress was also besieged multiple times by French troops. After the Rhineland became a Prussian province, Ehrenbreitstein was expanded to secure the transportation bottleneck Koblenz. Subsequently, it became less important as a fortress and only played a minor role during World War II as an archive and a location for flak guns.

Today, the fortress houses various museums and a youth hostel. A more modern addition is an open observation deck. It’s also a popular event location for concerts, a Christmas market or the “Rhein in Flammen” (Rhine in Flames) fireworks.

Built in the late 18th century along the river Rhine, the Kurfürstliches Schloss is one of the last palaces built in Germany before the French Revolution. The palace is used by the federal government and most parts aren’t open to the public.

If you think now that federal bureaucrats are working in beautiful Neoclassicism offices, you’d be wrong. The building was almost completely destroyed during the air raids on Koblenz in World War II. The rebuilt in 1950-51 kept the layout, but changed the interior.

So it definitely looks more interesting from the outside. The parts that are more visually pleasing are used for events, congresses and the Grand Café. The latter one is accessible for the public.

The DB Museum Koblenz is a branch of the main museum in Nuremberg. The collection includes simulators, around forty locomotives and various train cars. It’s located in the Lützel district.

Koblenz Central Station is one of many German stations where tracks are not numbered subsequently. So if you arrive on track 2 and have to catch a train on track 109 in five minutes, don’t worry, Koblenz has only four platforms with ten tracks! 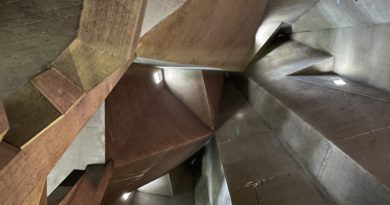 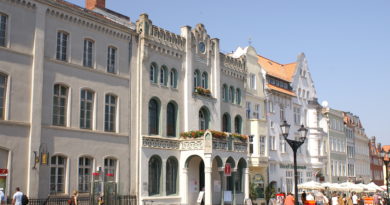 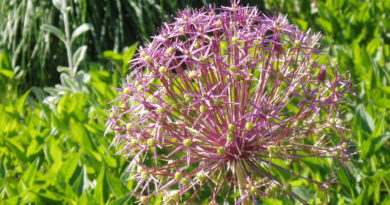