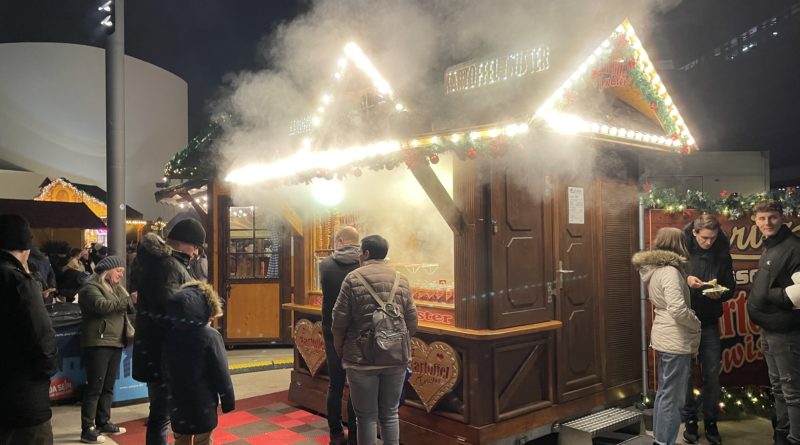 It’s that time of the year for Christmas Markets again and in the past, it would be the same procedure as every year. Not in 2022 though for the German Christmas markets.

I redid my tour of Christmas markets in Düsseldorf, the capital of North Rhine-Westphalia (Düsseldorf people are really proud of that fact). Last year, the vaccination status of visitors was checked and people were provided with a coloured wristband. This would easy entrance to the other Christmas markets.

This year, measures against the spread of the Coronavirus were loosened. There’s still a mask mandate for public transport, but nothing for public events. The Christmas markets appear more open this year. No need to create entrance and exist points.

From market to market

Düsseldorf’s main Christmas markets stretch from old town to the Rhine river. These are the most crowded ones. Despite energy saving measures, the ice rink is still there. If you prefer your crowd to glide on ice, no problem!

There was a general call to save energy this year to consumers and businesses. This applies to Christmas markets as well. Since there’s no general rules, measures may vary from state to state. Going from market to market, I didn’t notice a difference at all. The move to LED lights was already started in previous years. The high energy prices just accelerate this move. There are no lights on the small trees, but this doesn’t affect the atmosphere at all.

Measures in other cities of North Rhine-Westphalia includes limiting the hours for the lights (e.g. 16-22 o’clock). Cologne won’t build an ice rink on Ebertplatz – but it paused in the last two years anyway.

So yes, lights are reduced. But unless you read about the changes, you’re unlikely to notice.

Aesthetically, I like the market at the Burgplatz. The booths that are supposed to resemble a French town are fake of course, but it’s something different. It was crowded when we arrived, but many people left by 9pm (Christmas markets are usually open until 10pm).

A special market is the Yes it’s Gay Christmas market at Schadowplatz. It’s been held since nine years, so almost a tradition in itself. This market is open every Monday from 6 to 9 pm until December 26.

The Gay Christmas market of Cologne, Heavenue, won’t be held this year. No relation to Corona or high energy prices – the lease for the square was given to someone else for the whole year. That’s a big loss for Cologne, as visitors were coming from outside the city just to visit Heavenue and party afterwards at Schaafenstraße. Heavenue is looking for an alternative location next year. 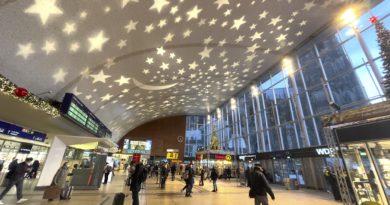 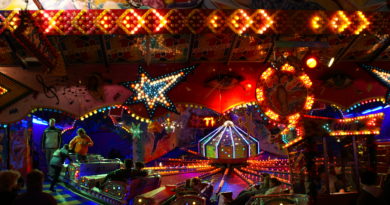 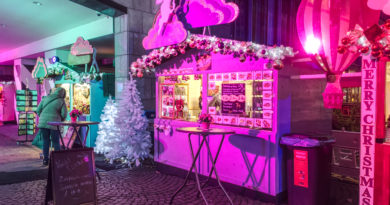