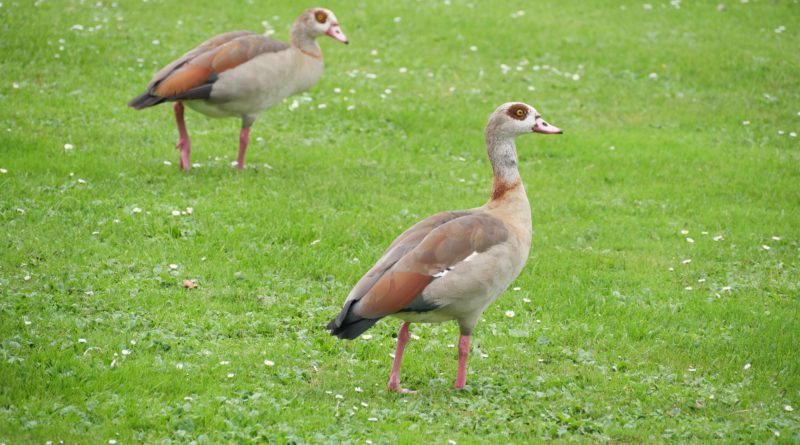 For many tourists, Bullay serves merely as a place to start their trips to other parts of the area. I decided to stay in Bullay for a bit instead of immediately going to the next destination.

Bullay clearly does cater to the tourists who use the town as their starting point: There is no shortage of hotels and especially places to park your caravan. If you arrive by train though, the first sight is the train station itself. Bullay’s train station is an „Umweltbahnhof“ (environment train station). The construction began in 1999 with the aim to better integrate the train station into its environment, improve accessibility and add solar panels.

The result isn’t too bad even after twenty years. If you walk down the steps, you’ll be greeted by a public art gallery full of trippy characters. It’s a bit strange though that most of the works feature plenty of cars and no trains!

Besides being an „Umweltbahnhof“, Bullay is also a „book station“: Located between the bus stop and the train station, the waiting room features a small library of about 1000 books. You are free to take the book with you or donate a book to the library. On weekends, the book station is open only occasionally.

Another notable sight seeing spot is also transportation related: the Alf-Bullay bridge. I’ve wrote about it in the Alf post. The Bullay side is far more pedestrian-friendly, as you can just walk along the Moselle river to the bridge. 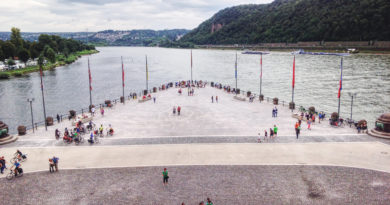 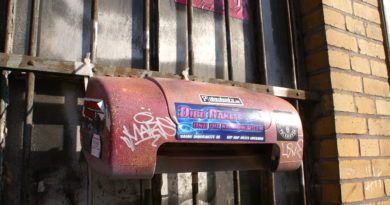 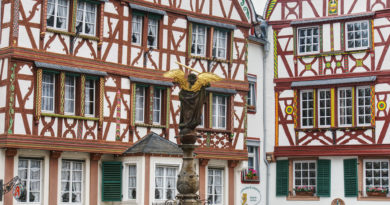 2 thoughts on “Moselle town Bullay: A gateway to Eifel and Hunsrück”